We’ve all heard the old adage, “Fool me once, shame on you; fool me twice, shame on me.” The Tile Council of North America (TCNA), who reportedly is “in partnership” with at least one of America’s largest tile manufacturers, spent almost two decades promoting the misinformation that the ASTM C1028 static coefficient of friction (SCOF) test was a reliable way of assessing a floor’s slip resistance. In fact, the test method had to be withdrawn by the ASTM in 2014 after it was found to be utter nonsense based on zero good science, and likely was responsible for causing tens of thousands of preventable, life-altering slip and fall injuries to innocent people over the years. 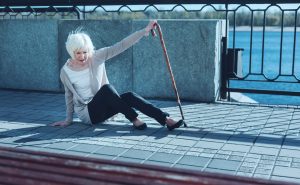 When the “tile council” was found by the ASTM to be promoting junk science to make the American tile industry happy with “passing” slip resistance assessments on even the slipperiest of flooring, the TCNA needed another test to keep American flooring manufacturers happy. So they published ANSI A326.3. Fool me once, shame on you. Fool me twice…

If you trusted the TCNA when they promoted the now-withdrawn nonsensical SCOF test ASTM C1028, which measured how slippery a floor was to someone who is standing still (static) on it, then shame on them. Everyone with half a brain around the world knew this test was no good. If you’re believing that their newest slip resistance test ANSI A326.3 is based on good science, then shame on YOU. You should know by now that the TCNA is in the business of making the tile industry happy, not using internationally accepted science to help reduce slip and fall injuries. If they were in the business of using internationally accepted science, they wouldn’t need to write their own test methods (with the help of major American tile producers).

The British pendulum tester has over 50 years of research behind it, and it’s the primary way of assessing floor slip resistance around the world in at least 50 nations. The European Union and the United Kingdom’s BS EN 16165 (2021) describes the pendulum dynamic coefficient of friction (DCOF) test, and so does New Zealand and Australia’s AS 4586 (2013). Singapore, China, Israel, and many other nations have discovered that the pendulum is easily the most reliable and trustworthy way of assessing the real-world slip resistance of flooring both in the lab and in the field. There’s no need to re-invent the wheel here in the USA, which has historically been home to numerous bad floor slip resistance test methods that have had to be withdrawn by the ASTM over the decades. (See the ASTM F13 committee’s dismal record of publishing, promoting, and then having withdrawn their nonsensical, non-science-based test methods such as C1028, F489, F1677, F1678, F1679, F609, and on and on and on.)

Most slippery floors can still “pass” the incredibly low bar the TCNA sets for safety in ANSI A326.3, and the test method is chock full of disclaimers and warnings, including that “it can provide a useful comparison of surfaces, but does not predict the likelihood a person will or will not slip on a hard surface flooring material.” Then why do the test? Why not utilize the 50 years of peer-reviewed international research that can help assess the real-world slip resistance of a flooring using the British pendulum tester described in ASTM E303 (2022)? The answer is: when you need some bogus data claiming your slippery floor isn’t slippery.

As an example, we had a concrete polishing client who knew that if he polished the concrete in supermarkets just before a rain, then there was sure to be complaints and slips as people tracked water on to his freshly polished floors. He was creating virtual ice rinks in numerous supermarkets and he knew it. He knew it from decades of experiencing this issue and dealing with the fallout (lawsuits, complaints, late-night phone calls from store managers, etc., etc.). He also knew that after months of heavy foot traffic following his polishing of the floors, the floors got roughened up and the slips and complaints virtually stopped when the floors got wet.

He asked us to perform tests using the British pendulum tester and the BOT-3000E using the TCNA’s test method ANSI A326.3 on both freshly polished concrete floors and on floors that had been roughened up after months of heavy foot traffic. The pendulum said that a freshly polished floor was quite a bit more slippery when wet than one with some roughness and texture. Our client knew this to be correct based on his real-world experience. ANSI A326.3 said that the more finely he polished the floor, the safer it got. That’s the exact opposite of what we both knew to be true (and all of the store managers), but the store owners could theoretically use this bogus BOT-3000E data to help defend the numerous slip and fall claims they were fighting.

Static friction testing in the USA using ASTM C1028 and the misinformation that anything above a 0.60 SCOF for a level floor was considered “safe” no doubt caused countless life-changing injuries to innocent people. The misinformation helped tile manufacturers and floor polishers sell their popular but slippery polished and glossy products and services and helped the TCNA sell lots of floor slip resistance tests. ANSI A326.3 will no doubt continue this misinformation crisis into the future, causing countless more innocent people to suffer in hospital beds, and send them into premature graves so that tile manufacturers can continue to sell shiny tile that’s slippery when wet, with the help of junk science that says slippery floors aren’t slippery.

ANSI/NFSI B101.1 was published in 2009 to mimic ASTM C1028. It was also an SCOF test and it suffered from the same problems that ASTM C1028 did. It was allowed to expire around the same time that C1028 was withdrawn.

There’s a “national safety institute” in the USA that revived this really awful test after many years of claiming it was a reliable test and charging lots of money for “high traction certifications” of products through the use of this bogus test. I suppose once you’ve fooled enough people with misleading misinformation and nonsense, you’ve just got to keep going.

ANSI B101.1 just creates false data saying that slippery floors aren’t slippery, so this “safety institute” re-published it through the American National Standards Institute (ANSI) in 2020 and still uses it today to make flooring manufacturers and floor polishers happy clients at the peril of pedestrians across the country.

We specialize in reliable, internationally accepted floor slip resistance testing services to help make the world a safer and better place. We’ll leave the lies and misinformation to the American “tile councils” and national “safety institutes”. May they all have restless nights of sleep for what they do to innocent people for a quick buck.